On July 1st Starr finally reached the mandatory retirement age and was officially downsized from his “day job” as a United Methodist minister. Now in a new house and a new shop across town (Gordon, Texas, pop. 516), canoe production will continue, perhaps a little faster. He aspires to imitate Joe Seliga who built his last canoe in Ely, Minnesota, when he was 99,

The kids have all abandoned the nest. Jordan is head of the geriatric department at John Radcliiff hospital and trains new doctors for Oxford University. Cara directs documentaries and feature TV programs for the BBC, Discovery Channel, and National Geographic. They have spawned a new generation of neophyte canoeists: Sophia (4), Lara (2), and Wolfie (1) will make great additions to Canada canoe trips. John David meanwhile is a fireline archaeologist for the US Forest Service in Alpine, Arizona. And Jeremy is a river guide who alternates between the Rio Grande and Colorado rivers, treating newcomers to rafting and canoeing adventures. He has designed his own improved prototype for the next Quetico Tripper, which is currently half built. To keep us all healthy, Joy is still working full time as a nurse in Stephenville.

Still taking orders, but yes, there’s a waiting list. A good canoe is worth waiting for.

We go back to Quetico almost every summer. 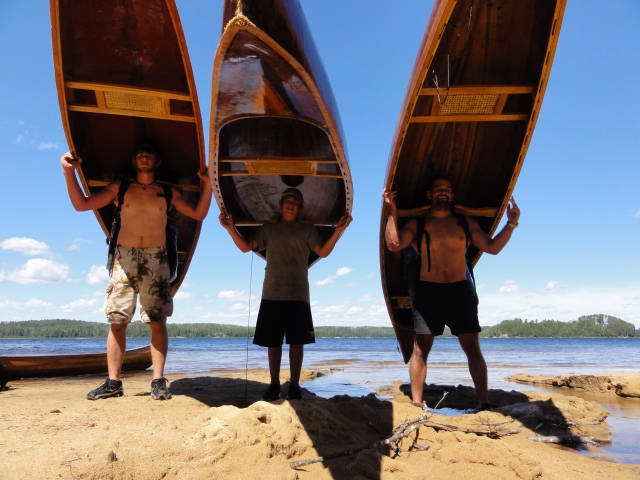 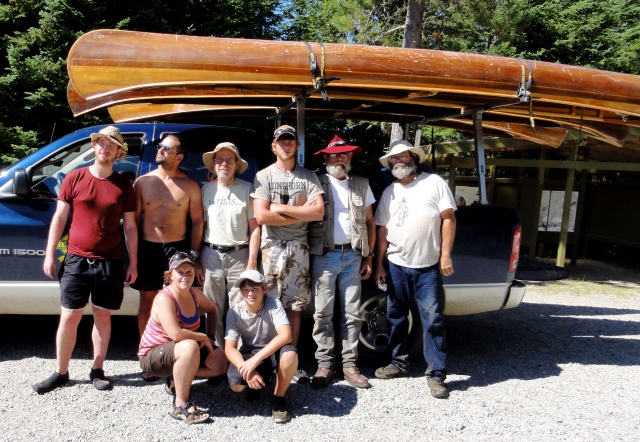 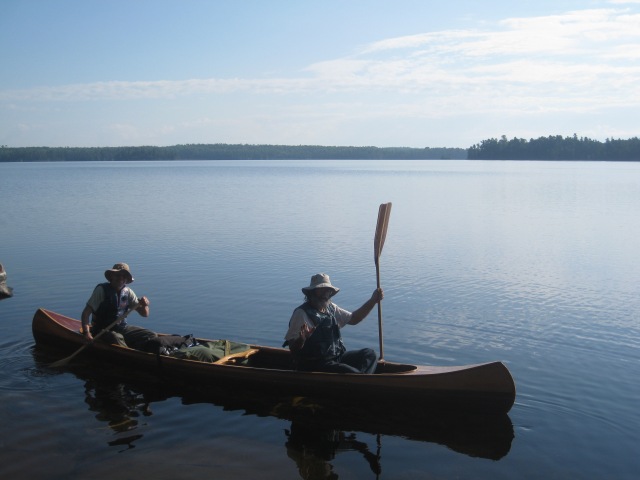 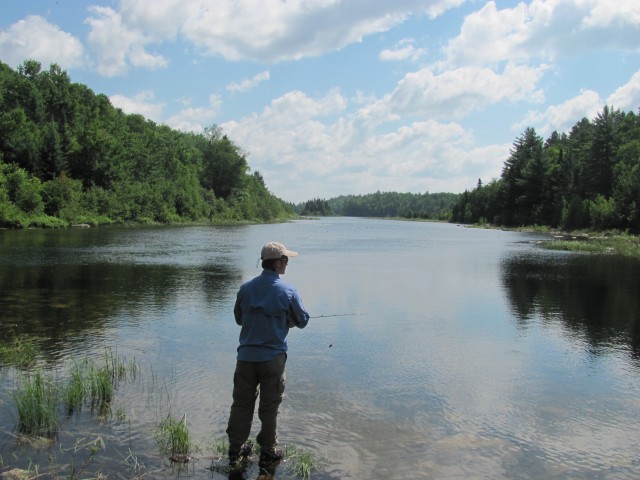 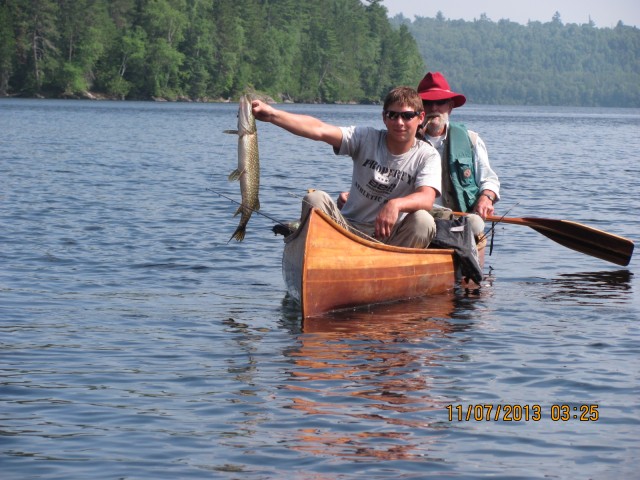 Blueberries were everywhere. At the campsites, at the portages, and especially at the place we called Blueberry Island, in the middle of Sturgeon Lake. We grabbed handfuls for snacks, and we had them in pancakes and in oatmeal, and Bob made a blueberry sauce to serve with the bass.

There were other kinds of berries too. Wild cherries, gooseberries, black currants, even a few raspberries. And we found peppermint growing in several places.

We saw eagles and the aurora borealis.  And we had all the fish we could eat.

We saw more people in the park than we expected. Armadas of girl scouts standing off from the portages waiting for a place to land. But once we got past Russell Lake the crowds thinned out and we had solitude.

There was a rainy evening at a campsite just east of Have-a-Smoke Portage. Bruce used his engineering skills to build a shelter with some interesting supports.

Later we needed the tarp again, when a purple cloud appeared on the horizon just we entered Sturgeon Narrows. We picked a big tree on the shore and got under the tarp just in time to avoid a torrential downpour.

After the wind and rain, things cooled off, the mosquitoes disappeared and the weather could not have been better on our last couple of nights there.

All photos by Bill Hopkins.

On August 1, 2008, we set out for Quetico Provincial Park once again. We picked up visitors from England in Minneapolis and met campers from Georgia up in Canada.

Two days later nine of us put our canoes in the water at Beaverhouse Lake for ten days of  camping and fishing. See the black line on the map for our journey through the park to the takeout at Stanton Bay. We used two Caddo Watershed canoes while the rest of the party used Souris kevlar canoes.

Photos below by Bill Hopkins.